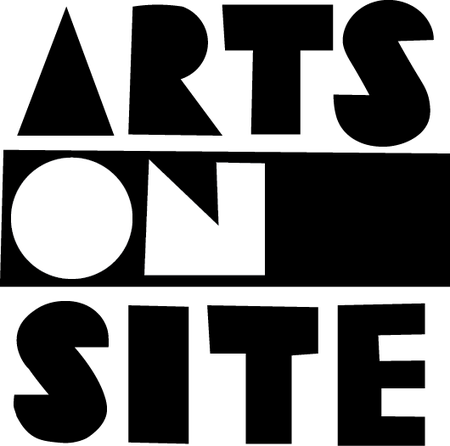 Home
About
Get There
Tickets

By Arts On Site (other events)

Please note: this event has changed from Arts On THE ROOF to ARTS ALIVE. Performances are no longer happening on the roof and have been moved to a large indoor studio with lots of windows, lots of space and good ventilation.

Arts On Site presents a low risk indoor performance series at 12 Saint Marks Place. ARTS ALIVE features a series of individual evening length works from NYC artists from music, theater, and dance. This performance series has been created to adhere to current COVID-19 restrictions. Each performance is located in a large open studio with proper ventilation and there's a maximum of 16 guests per performance to allow for social distancing. Each artist performs a 30 to 45 minute piece with two performances on each specified date.

ROYA CARRERAS is an Iranian-Hispanic artist, choreographer, and educator who works within commercial, film, and theatrical settings from New York City to Los Angeles. On stage, Carreras' work has been presented at the CURRENT SESSIONS, Dixon Place, Baruch Performing Arts Center, and The Green Building in New York City; in California, she has presented at The Odyssey, Highways Performance Space, Electric Lodge Theater, Glenn Wallichs Theatre, Diavolo, Brockus Project Space, and BRAVA. She was a resident choreographer for Columbia Ballet Collaborative of Columbia University in 2015 and in 2018 participated in the MANCC residency funded by the National Endowment for the Arts. She has taught ballet, contemporary, and improvisation at Harlem School of the Arts, New Canaan Dance Academy, American Musical and Dramatic Academy, Peridance, Riverside Ballet Arts, Riverside City College, Pasadena Dance Theater, Norwalk Metropolitan Youth Ballet, East Pointe Dance, and Brockus Conservatory. As a performer, she has worked closely with Barak Marshall at BodyTraffic, Bryan Arias, Danielle Russo Performance Project, and Lux Boreal Danza Contemporanea in Tijuana, Mexico. Carreras holds a BFA in Dance with Honors from UC Irvine's Claire Trevor School of the Arts, with additional training from The Ailey School and Springboard Danse Montreal. Her most recent work "Naneh," premiered inJanuary 2020, set on the L.A. Contemporary Dance Company. She is the director of The School at Peridance.

Solo and duet performed by GEORGIA USBORNE and JASON REESE CIANCUILLI, choreographed by ANNIE RIGNEY in collaboration with Georgia and Jason.  Created at Arts on Site R&R and East village studios, thanks to Chelsea & Jess and the amazing AOS team! Annie Rigney is a certified Gaga teacher and Ilan Lev Method therapist. She has danced with the Batsheva Ensemble, Inbal Pinto and Avshalom Pollak Dance Company, and spent many years performing in Punchdrunk's NYC production of Sleep No More. Her work has been shown at Batsheva Studios in Tel Aviv, in the Dance Theater Lab at SUNY Purchase, at Manhattan Movement and Arts Center, and the Reverb Dance Festival.  Annie operates a private practice in the Ilan Lev Method, treating dancers and other artists for injury and functional limitations. She is an adjunct professor at University of Arts in PA, and  teaches regularly in and around the New York area.

PETER FARROW began dancing in 2005 in Richmond, Virginia with Richmond Ballet’s youth outreach program Minds In Motion. He began his formal training two years later at the School of Richmond Ballet, where he later became a trainee for the 2013-14 season. He attended The Juilliard School (’18) where he performed works by choreographers such as Nacho Duato, Ohad Naharin, José Límon, Merce Cunningham, Jerome Robbins, and others. After graduating, he performed in Punchdrunk’s Sleep No More in NYC until 2020.

ROVACO DANCE COMPANY was founded in New York City in 2015 by Artistic Director Rohan Bhargava. Over the years, the company has produced a unique form of contemporary dance-theater, which blends floorwork, release, and partnering into one fluid whole, in multimedia collaboration with designers and composers. Repertory has been presented by Provincetown Dance Festival, Tamasha NYC, and Create:Art. The company has been a Resident Artist at Dancewave, the James Jay Dudley Luce Foundation, and the CUNY Dance Initiative at LaGuardia Performing Arts Center. Commissions have come from Mannes School of Music, Mare Nostrum Elements, Making Moves Dance Festival, and the Dance Gallery Festival. Rovaco provides outreach opportunities through masterclasses, lecture demonstrations, open rehearsals, and post-show discussions.

MICHELLE THOMPSON ULERICH originally from California, trained at San Francisco Ballet for 9 years. She joined Ballet Austin in 2001 and during her 14 years there, she performed in works by Stephen Mills, Balanchine, Tharp, Ulysses Dove, Nelly van Bommel, Thang Dao, Greg Dolbashian, James Gregg, Amy Seiwert, and Sidra Bell. Michelle has been commissioned recently by J Chen Project, Prelude Projects, and Harvard Ballet and past works curated for Counter Pointe, Avant Chamber Ballet, Columbia Ballet Collaborative, and Ballet Austin II. She is currently a professor at SUNY Purchase and is the newly appointed artistic director of Spark Movement Collective. She presents her own work under the company name Distributed Movement. http://michellethompson.org

DANCERS OF THE MET is an independent collective that includes members of the Metropolitan Opera Ballet who have come together to form initiatives that support creativity, outreach, and artistic engagement. While the COVID-19 pandemic suspends traditional operatic performances, Dancers of the Met is collaborating with members of the Met Chorus Artists and Met Orchestra to create works that capture the multidisciplinary magic of opera beyond the walls of the opera house.

THE BANG GROUP is a rhythm-driven, New York-based, contemporary dance company dedicated to the rhythmic potential of the dancing body. Directed by David Parker and Jeffrey Kazin, TBG prizes creative liberty, aesthetic diversity and craftsmanship in David Parker's choreography which comprises the bulk of its repertory which is also enhanced by works by James Waring, Aileen Passloff, Sara Hook and others.

CATHERINE GALLANT/DANCE presents a COVID version of their yet to be seen work , Escape from the House of Mercy which embodies the ongoing struggle for equity and stares in the face of deceptive and impassive authority. This 21st century women's view of our social/cultural systems measures both ground gained and distance yet to be traveled. Abra Cohen, Erica Lessner, Charlotte Hendrickson, Cecly Placenti, Kelli Chapman, Megan Minturn, Halley Gerstel, Jessie King and Catherine Gallant Costumes: Ivana Drazic

DANCES BY ISADORA explores the legacy of dance pioneer Isadora Duncan and shares the technique and repertoire through teaching and performance. The company reconstructs works for various populations in both traditional and alternative venues. We provide a contemporary lens on Duncan’s work creating a link to current dance-making approaches and exploring ways to bring dance history to new audiences. For this event, titled Mostly Chopin, we are joined by pianist Nathaniel LaNasa to share dances created in the early 20th century in which Duncan questions loneliness, isolation, mortality and hope.


LOUISE BENKELMAN, originally from Helena, Montana, graduated magna cum laude with honors from Roger Williams University, attaining a BA in Dance Performance. She has created work for the West End Theatre, Judson Memorial Church, Westfest Dance Festival, Gibney, Arts On Site, the Actors Fund Arts Center, Fusionworks Dance Company, RWU, and the American College Dance Association Gala 2016. Aside from her work with Tommy, Louise is currently dancing and touring with The Bang Group, and exploring solo choreographic ideas. TOMMY SEIBOLD born and raised in Massachusetts, learned to dance from his mom & co. at her neighborhood studio. He continued his studies at UMass Amherst, graduating with a BFA in Dance. Freelancing in NYC has allowed him to work with many wonderful artists, most comprehensively with those of The Bang Group and Heath in Progress. He has also collaborated on the creation of three duets with Louise Benkelman. When not dancing, he can be found in the nearest forest.

KIZUNA DANCE presents a program of mixed repertory. Kizuna Dance is an international repertory ensemble that blends streetdance with contemporary floorwork to create dances that celebrate the Japanese culture. The company has performed and taught at prestigious institutions and festivals in fifteen states and internationally in Japan, Mexico, France, and the U.K. Kizuna Dance was founded by Artistic Director Cameron McKinney, whose work has been recognized through fellowships from the U.S.-Japan Friendship Commission, the Alvin Ailey Foundation, the Asian Cultural Council, and through commissions from numerous institutions across the country and abroad.

MARISSA MAISLEN received her BFA in Dance at NYU Tisch School of the Arts. As a dancer and aerialist, Maislen has created performance-installations for Microsoft, Clinique, Verizon and Nestle, along with toured abroad in Italy, Czech Republic, Bahrain, and Austria. In 2013, Maislen joined Off-Broadway show Sleep No More and played eight different roles. Other collaborations include CreArtBox, Mostly Other People Do the Killing, David Lang’s Mile-Long Opera, and photographic series with Bill Hayward and David Michalek. In 2016, Maislen began working with The Francesca Harper Project (FHP) as Dancer, Rehearsal Assistant, and Project Manager, assisting in Nick Cave's Bessie Award-Winning Show The Let Go and Carrie Mae Weems' Refridgerated Dreams at The Public Theatre. Maislen is also an established Yoga Instructor for the NYC Yoga Community, Dance Community, and Rock Climbing Community.

AL BLACKSTONE is an Emmy-nominated director, choreographer, and educator. His passion for bringing people together to experience something meaningful drives him to make dances, tell stories, and encourage joyful connection. Born in New Jersey and raised in a dance studio, he has called New York City home for more than a decade.  In that time he has created emotional work for the stage and screen, thrown dance parties for charity, and introduced hundreds of people to one another. He believes deeply in the power of dance, community, and kindness.

THE POCKET FUEL GROOVERS are a company of New York City based dancers founded by Nick Alselmo in 2020. The movement that they create is a unique style influenced by elements of contemporary, hip-hop, ballet, street dance as well as martial arts. By combining these movement forms with elements of theater, DJ-ing, team sport exercise and ideologies, they push the boundaries of what we think is possible in a performance and communal setting. 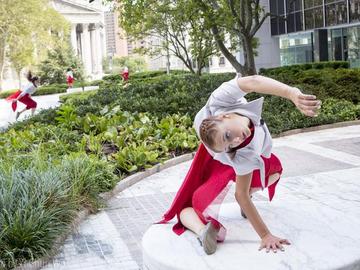 All visitors are required to:

Visitors are not allowed at event if they answer "yes" to any of the following questions:

other events by this organization